How COVID-19 has changed college campuses.

As college campuses close, the students and staff go home as well. Due to the outbreak of the COVID-19,

all college campuses have decided to transition to online classes.

On March 12th, just two weeks before spring break is when the students at the University of St. Thomas got an email that we were going to be transitioning to online classes. I was overjoyed. This meant I wouldn’t have to go to in-person classes anymore and could just sit in any comfortable room I want and do them. It was planned that we would come back from spring break and start in-person classes on April 14th. Another update was sent out from the university a few days later saying that the university would be going online for the remainder of the semester, that all sports were cancelled for their remainder of their seasons, all campus jobs were closed, there would be no graduation ceremonies, and to make sure to be social distancing. 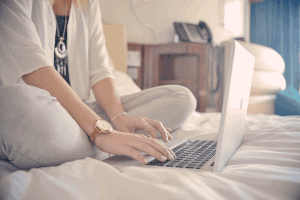 After the last update, I realized that this was a much more serious situation than I thought it was. Everyone was to move off-campus and back home, back to where their other home was. I had to move home from my on-campus apartment within two weeks. I wasn’t going to see my college friends that became a family to me for the rest of the semester. I lost my job. I wasn’t going to be able to go to any sporting events. My sophomore year of college was just over like that. I had no idea that it would feel so surreal and happen so fast.

Each week, the university has helped with an update about COVID-19 and how they are responding to it. All professors reached out about how classes schedules are going to be changed for the rest of the semester and how they will proceed with an online class. St. Thomas staff has been giving resources out for anyone who needs it. There has been a lot of guidance and communication throughout this process which is something I am very grateful for.

A few college students shared what their experience has been during this difficult time:

“It has been difficult to focus and be motivated while not being in the classroom. I feel as if you get a better education being able to learn and hear from professors and classmates while being present in the classroom. It was a hard transition because it all happened so fast. I go to the University of Minnesota and we were on spring break when we were told that we would be transitioning to everything online.” – A student at the University of Minnesota

“Since COVID-19, I have moved back in with my parents in Alexandria. I haven’t been able to see anyone other than my family members or been to any stores or restaurants in a month. It’s been quite hard not being able to see any of my friends. The only thing that has kept me busy is picking up almost 20 hours a week working at an assisted living apartment.” – A student at the University of St. Thomas

“It’s definitely been different and hard not being able to see all my friends and to make new connections while on-campus. The hardest part has been staying motivated and engage in my classes while not having that time with my professors in-person.” – A student at the University

Start your day by getting into the mindset of school getting dressed in clothes you would normally wear for a typical day of classes. Getting dressed has helped with motivating myself to get the things I need to get done for the day.

Whatever that means to you, eating breakfast, taking a shower, working out, getting dressed, drinking coffee. It may help you start off the day right and prepare you as if it was a normal day at school.

3.Create a workspace for your schoolwork 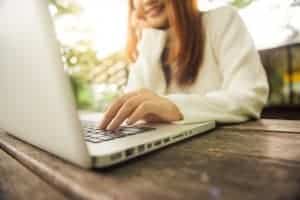 Creating a quiet workspace out of your bedroom will help you stay focused on your schoolwork and get things done. This has been helpful with not getting distracted with something that I am not supposed to be doing.

4. Make sure to reach out to resources

It’s always okay to ask questions. Take things day by day and reach out to university staff and classmates if needed. I remind myself that we are all going through this together. There is a support system that is here for you!

Go on a walk, eat a snack, watch a movie. Going on walks has helped me get fresh air to clear my mind when I am frustrated or felt the need for a break. 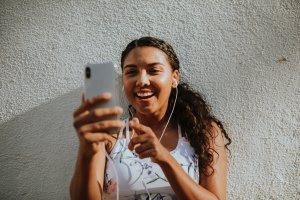 6.Stay connected with families and friends

Not being able to see long distance family members and your friends is always hard. Try to do a Facetime, phone call, or text every day. Staying in touch can help with supporting yourself and them as well.

7. Reach out for support, online counseling for college students can help!

At Synergy eTherapy we specialize in telemental health or online therapy. It’s all we do! We understand how to support our clients through challenging times such as a global pandemic. To begin online therapy in your state, follow these steps:

Our mission as an online therapy practice is to offer a variety of online mental health services to help you get help coping with the things that matter most to you. Our online therapy services are flexible, convenient, and simple. We offer online therapy services in several other states including Minnesota, Iowa, Wisconsin, Illinois, New York, Maine, South Carolina, Georgia, Flordia, Kansas, Colorado, and California. Depending on the etherapist you meet with, we can treat anxiety, trauma, depression, substance abuse, medical conditions and more.  Our talented counselors help teens, college students, adults, families, and couples.  Additionally, we are proud to offer psychiatric medication management in some states. For more information regarding payment and cost of services, please visit our cost of investment page. Our blog is full of useful information on lots of different mental health topics. Getting online therapy is easy and it can help you overcome your stress, worry, and anxiety.

Kiara Stonebraker is a Sophomore at the University of St. Thomas in St. Paul, MN and is studying psychology.

To learn more about Synergy eTherapy and our team of excellent Therapist, Psychologists and Mental Health Nurse Practitioner, click HERE.